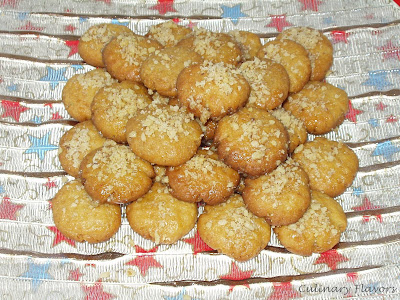 Christmas has passed. I am sure you all had a great time with your families or friends. But don’t get sad, we have New Year’s Eve still coming. It is a big celebration as well. I know that some of you may have had all their share on cookies, but I promised to give you a second recipe of melomakarona and I am a woman who sure honors her word. Plus we have to sweeten 2011, so as to be gentle with us.
This recipe is from Simone Kafiris and her book ‘Anthologion Ellinikon Glykon’ which means “Anthology of Greek Sweets”. What it means is that it is a Collection of the best Greek Sweets. 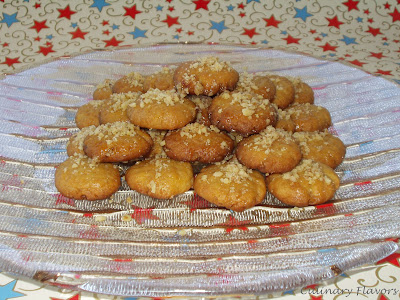 While I was in the States studying, I had a friend called Jeff. One day I was so mad at a teacher for giving us tons of work to do, that I started cursing in Greek. So, Jeff turned and said to me it’s all Greek to me and he laughed. So I replied that of course it was Greek to him, because I was talking in Greek. Then he explained to me that you use this phrase to say that you do not understand a thing. It is so funny, because we use almost the same in Greece, only we say that it is all Chinese to us. Lol, you see we cannot say Greek because we speak the language, so what other language is completely different than any other? Well Chinese is one such language. Don’t you think? I remembered this story as I was trying to translate the name of the book and I laughed a lot.
Anyway, enough of my college reminiscence. This is the recipe I use every year. These melomakarona are more on the crispy side and that is the reason why I like them so much.
Let’s dive to the second recipe for melomakarona. Christmas is knocking our doors, we have to be ready. 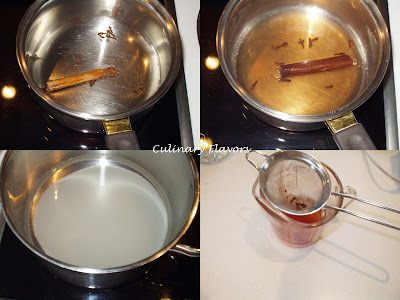 In a pot we put the cinnamon stick, the cloves and ½ cup water. We boil for 5 minutes and then we keep ¼ of cup from this aromatized water after we have taken out the cinnamon and cloves. 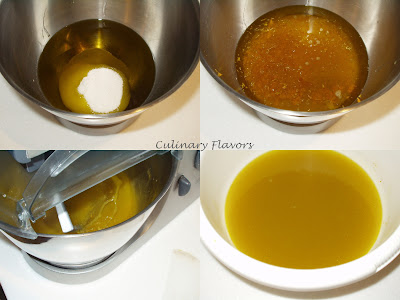 For the syrup
In a pot we put the water and sugar. Boil for 5 minutes. Remove from stove and add the honey and lemon juice. Return to stove and boil for a minute. Remove and let it cool.
In the mixer we put the oils, the orange juice, the brandy, the sugar, the aromatized water and the orange zest.We mix well. 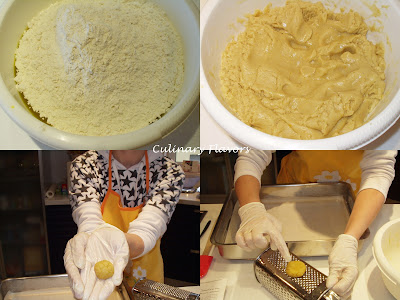 In a bowl we mix the flour with the baking powder and soda. In a big bowl we pour the liquids and then add the flour. Again we knead just until everything is incorporated. We do not over knead it. 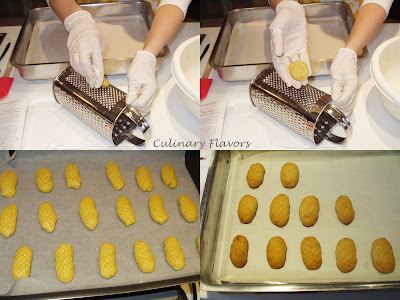 Again we make the melomakarona the same way as in the previous recipe. We bake in a preheated oven at 175° C for 20 to 30 minutes. We take them out and immediately we throw them to the syrup.

Now if at some point the syrup becomes thick, just turn on the stove and let it warm for a minute. It will be runny again.