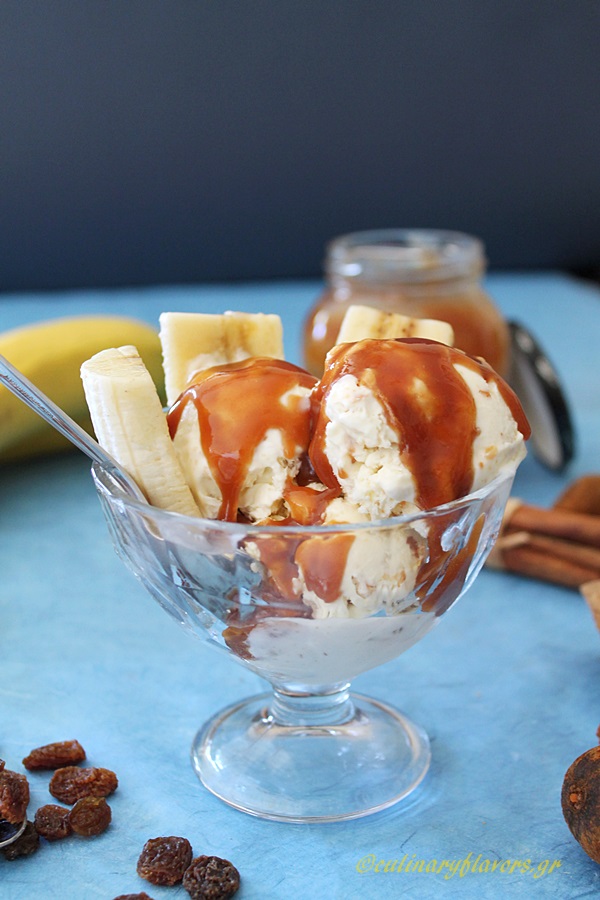 Odysseus, one of the most brave and clever Greek leaders of the Trojan war, after 10 years of fighting, he left Troy to return to his country, the Greek island of Ithaca. After facing many dangerous adventures, he and his men arrived at an unknown island. What they didn’t know was that, this island was inhabited by Cyclops. Cyclops were giants with only one eye in the middle of their forehead. This race was brutal, with absolutely no culture and they were also man eaters.

As they were wondering around, they found a cave. In there, there was enough food and drink for everyone, so they helped themselves and after that they fell asleep. That cave was the home of Polyphemus one of the Cyclops. Polyphemus was the son of god Poseidon and the sea nymph Thoosa. After some time, Polyphemus, leading his flock of giant sheep, returned to his cave. He led the flock in the cave and rolled an enormous stone against the mouth of the cave and closed the entrance. 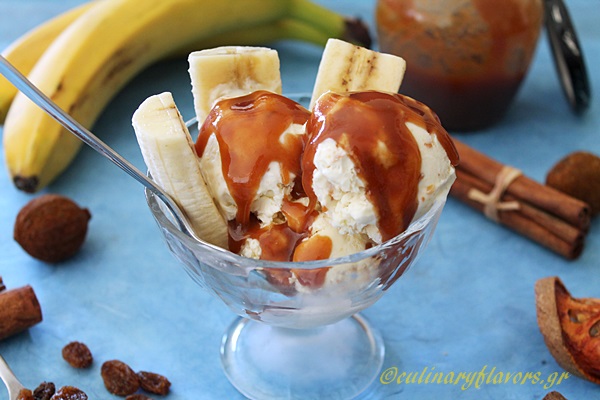 When he realized the existence of intruders, he became enraged. He, then, grabbed two of Odysseus’ men and ate them. Odysseus realized that he couldn’t do anything at that point, otherwise they were all doomed to be eaten by the monster. Polyphemus ate and drank milk from his giant sheep and fell asleep. Next morning, Polyphemus woke up and along with his milk ate two of Odysseus’ men. He, then, led his flock out of the cave, closed the entrance and left them alone. Odysseus started making a plan. He ordered his men to take a large timber and sharpen it, creating a very sharp point. They then hid the timber away from plain view.

When Polyphemus returned he followed the same ritual as the previous day and he grabbed two men and ate them. Odysseus spoke for the first time to the giant and he offered him a very strong wine he had brought with him. Cyclops, who had never had wine before, became completely drunk. Polyphemus asked Odysseus name. He replied that his name was “No Man”. Polyphemus said to Odysseus that as a gift for giving him to drink this wine thing, he would eat him last and then he immediately fell into a deep sleep. 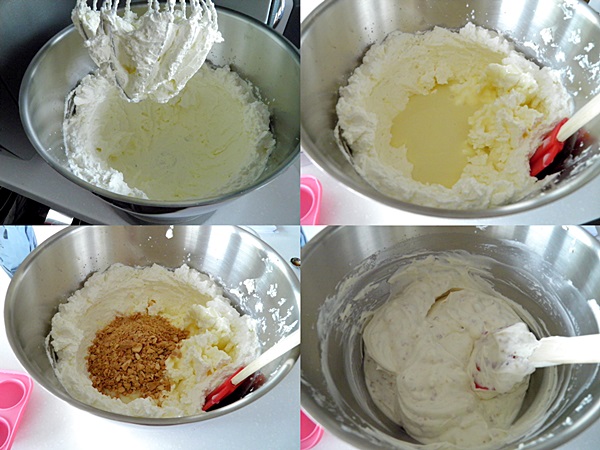 Odysseus lost no time. He and his men took out the timber and heated the sharpened end in the fire until it glowed red.  Then putting all their strength, they pushed the red point into the eye of Polyphemus. The Cyclops woke up with a shout that created an earthquake. He was blind, he couldn’t see anything. The other Cyclops came to see what has happened, but he was crying that “no Man” has done it. The other Cyclops then left thinking that Polyphemus got crazy. Polyphemus had to take out his flock, so he thought that along with the sheep, the intruders would go out too and then he would be able to catch them. But Odysseus has thought about that and he tied every man to a sheep’s belly. That’s how all men got out of the cave without Polyphemus realizing that under each sheep there was a man hiding. Odysseus and his men ran back to their ship. As they sailed away from the harbor, Odysseus called out to Polyphemus, laughing at him and telling him that it was not “No Man”, but he, Odysseus, who had blinded him and fooled him. 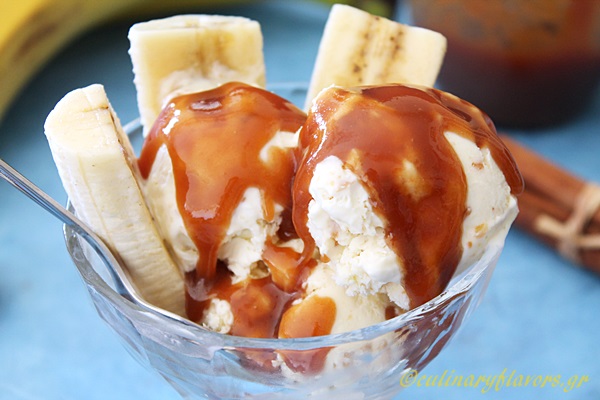 Drinking milk in ancient Greece was considered barbaric custom and they only used it to make cheese. That’s why Polyphemus is presented drinking milk. It was only after World War 1, that milk consumption has started to climb and people begun consuming milk on a daily basis.

This ice cream is so easy, it is a joke and its taste is out of this world. The caramel sauce on top only enhances the tasty result and my two men devoured it so quickly that for a moment I thought they would devour me just like Cyclops Polyphemus lol! 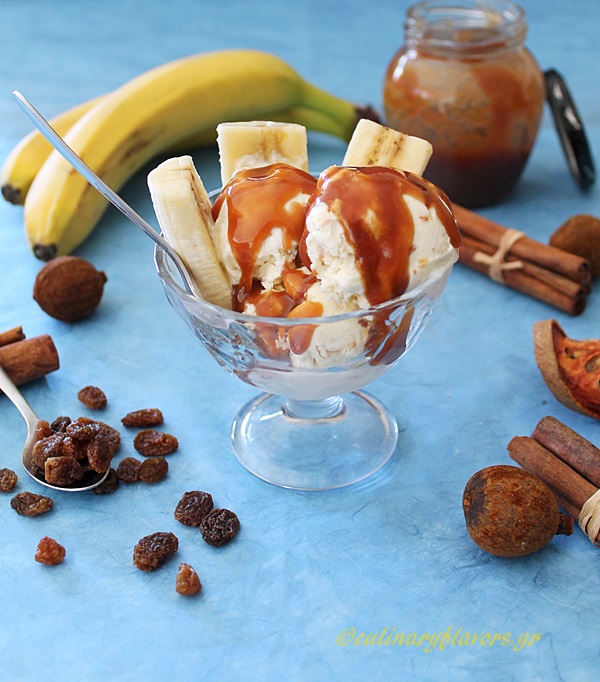