Chicken with Yogurt and Barley Crust 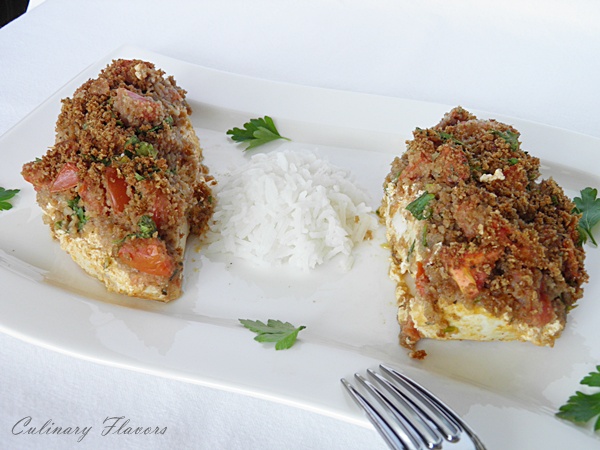 As I told you in my previous post the past couple of weeks I faced a small family crisis, which led to some changes in my life.

I know many of you saw the news and all the protests in Athens and I thank you for your comments and e-mails. The truth is that I live in the northern suburbs of Athens and a distance of about 25 klm separates us from downtown where all that turmoil occurred. So, we were quite far away from all this commotion.

No, I had another problem in my family. As you know I have a nine year old son, who goes to the third grade of elementary school. Since the first grade there were a couple of children in his class, who showed an aggressive behavior outside the normal and acceptable manners. The situation continued at the second grade and this year it seems that situation has escalated and control has been lost.

There are about 10 boys in his class, who have formed a gang and I am not exaggerating. They go around and beat the other children and ask from others to go and hit the rest of the class, so as to be accepted in their company. One of the victims of that behavior was my son. He was beaten not once, not twice, but quite a few times over the last three years.

Two weeks ago he came home and he complained that 8 children started beating him during break. After I verified the incident to be true, my husband called the principal and he complained about this situation. And what he did? He went to my son’s class and, in front of all the class, he forced him to give the names of the children who hit him. Now, how stupid one must be to do such a thing, I wonder? After this, of course, the members of this gang threatened him saying that “you’ll see now what will happen to you”. 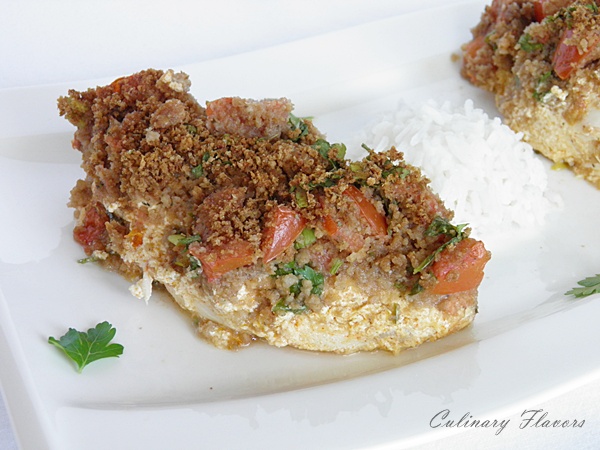 That day my son returned back home crying and said to us in the most serious and definite way that he would not return to this school no matter what.

Anyway, as you can understand, the last couple of weeks have been very hectic for me, in order to enroll him in a new school, verify that this school has better rules and management and try to acquire all the necessary material, so as for him to continue with the minimum distress.

Now things seem to have taken their way and he tries to adapt to the new environment and find new friends there. It is hard for him, but he is a very sociable boy, so I am confident that he will be able to adjust and create new friendships. 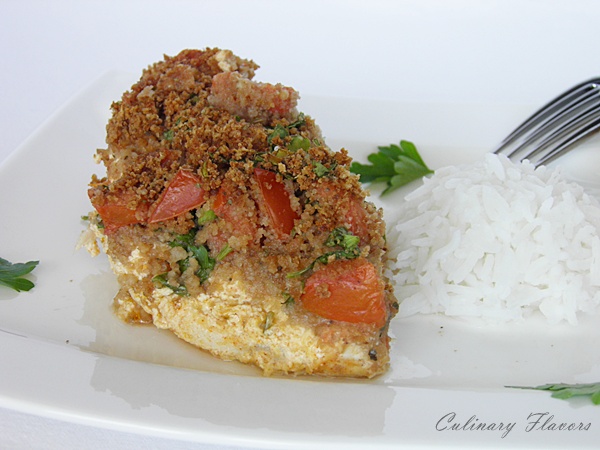 I think this is the longest post I have ever written in this blog and I could continue writing about this matter that is a worldwide phenomenon and not just local. But since this is a food blog, I am giving you this extremely tasty recipe for chicken. I found it in a Greek magazine called Gastronomos (issue of May 2010) and was created by Mirsini Lambraki. It was delicious and loaded with Mediterranean flavors. We ate it with basmati rice which offered a very neutral bed for all the flavors to explode. This is definitely a keeper, we all loved it!

Chicken with Yogurt and Barley Crust

2 barley biscotti, crumbled (they are used very much here in Greece and they come from the island of Crete. If you cannot find them where you live, just take 4 whole wheat rusks) 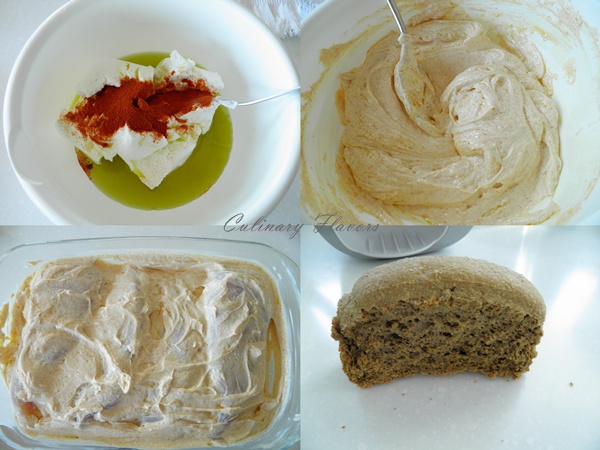 In a bowl mix the yogurt with the olive oil, the salt, the pepper and the Hungarian paprika.

Place the chicken fillets in a Pyrex and cover them with the yogurt mix.

Refrigerate for up to 2 hours. 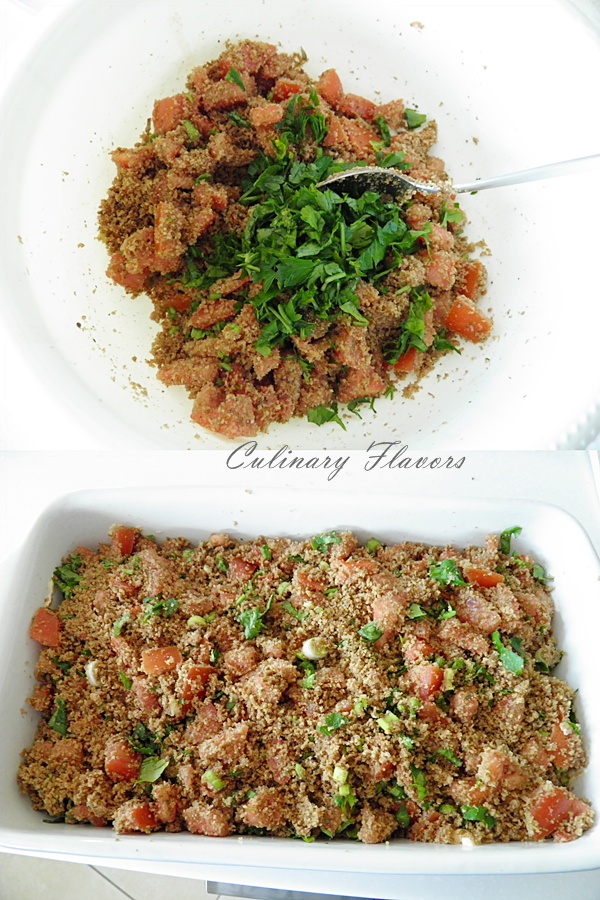 In a bowl put the tomato cubes, the basil, the scallion, the estragon, the parsley, the balsamic vinegar, the minced garlic, the crumbled barley biscotti, salt and pepper.

Take the chicken out of the fridge and place them in an oven proof pan. Cover them with the barley/herbs mix and bake them for about 45 minutes or until chicken is thoroughly cooked.

Remove and serve with basmati rice or potato puree. 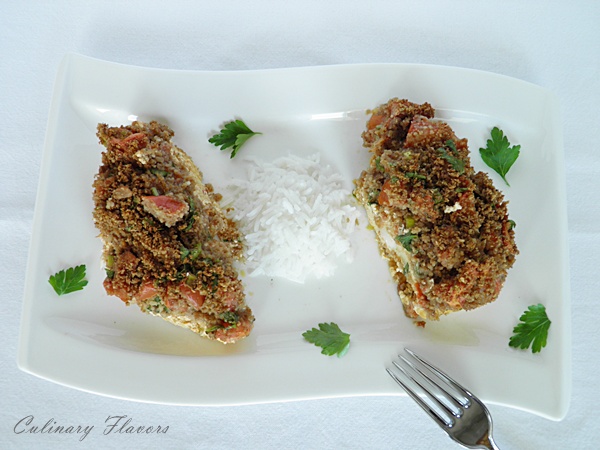