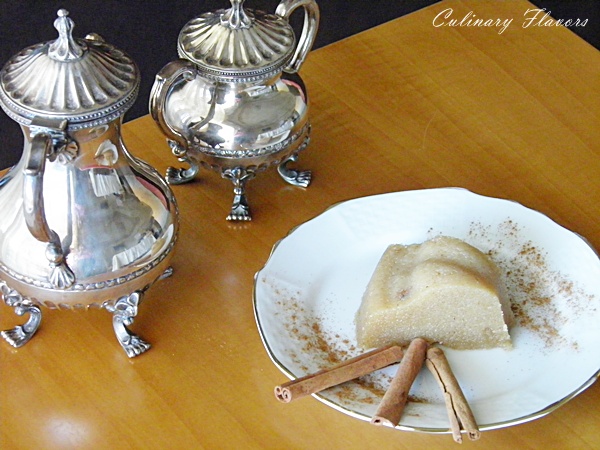 Thank you all so much for your concern regarding my son. He is doing fine at his new school and the teacher says to me that he has already made new friends and he was very easily adapted to the new environment. So, in order for me to thank you for all your kind words, I would like to treat you with this very old sweet along with some history.

The story of Halvà goes back a long time ago. This is a sweet that can be found in many countries and populations from the Mediterranean Sea to India. We can find it in many variations and with different ingredients. 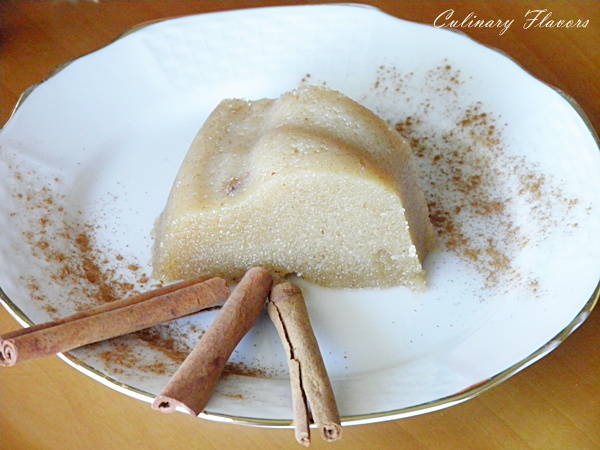 In Turkish it meant ‘the sweet one’, but it was related so much with the particular sweet, that now the name refers mostly to it. The history says that during 15th century and while Suleiman the Magnificent was the sultan of the Ottoman Empire, the Topkapi Palace was reconstructed and its kitchens were enlarged, so as to include a specific place with six, no less, vaults. This place was called Helvahane (the house of Halvà) and in there, the pastry chefs made innumerous variations of Halva (The Greek Kitchen Lexicon, Ta Nea, vol. ΣΩ, p.78). 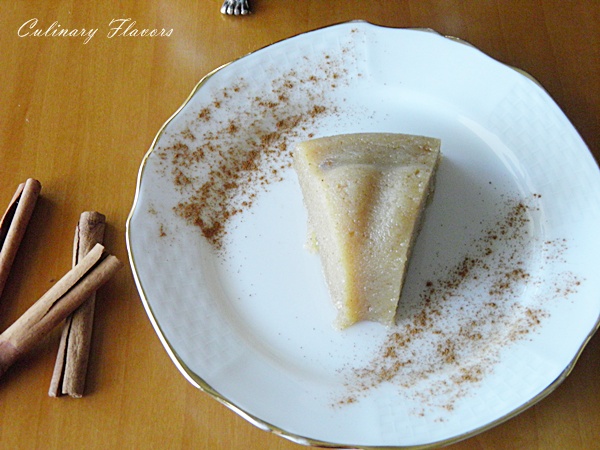 In Greece this is a sweet that is eaten the most during the Lents. So, now that we are already in the Lent period preparing for Easter, this is the ideal sweet to give to your family and beloved ones. Of course Halvà can be eaten at any time of the year; even during summer with a scoop of ice cream is simply delicious.

2 cups semolina (I used 1 cup thick semolina and 1 cup fine semolina, but if you can find only one type that is perfectly fine, the difference is a slight one at the texture) 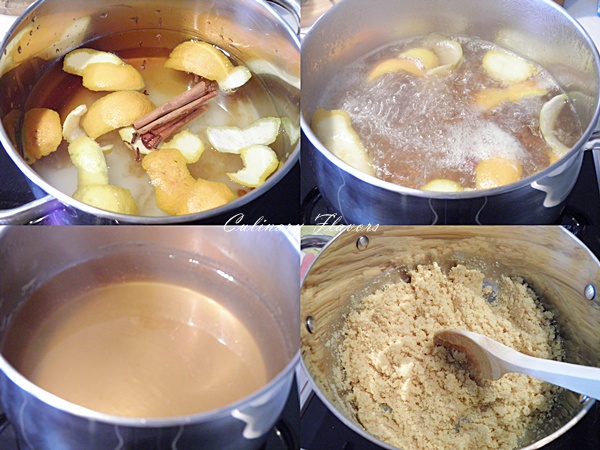 In a pot put the sugar, the honey, the water, the orange peel, the lemon peel, the two cinnamon sticks and the cloves.

Bring to boil for 2 to 3 minutes. Turn off fire. Clear the syrup from all the items in it and discard them. Throw the raisins in it.

In another pot and in medium heat pour the corn oil. When it is hot throw the semolina and cinnamon and start to stir constantly, because it is burned very easily. When the semolina changes its color from light blonde to dark blonde or light brown then take a ladle and slowly and carefully start to pour, ladle by ladle, the syrup stirring vigorously. 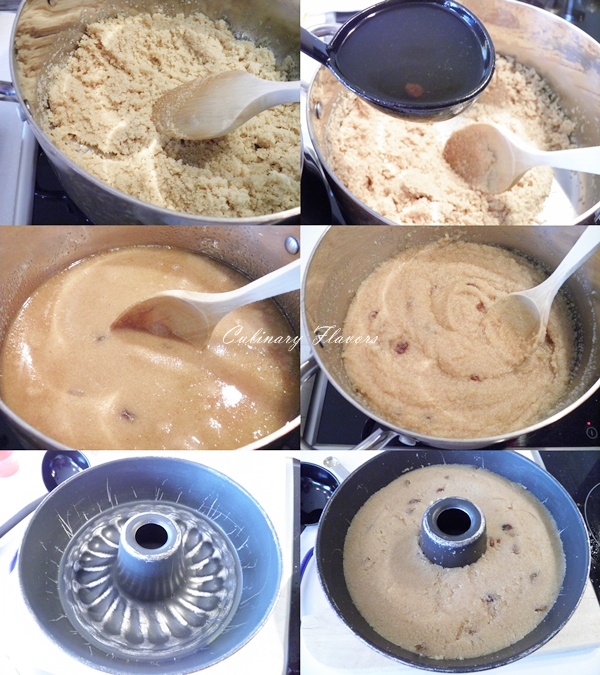 Continue to stir, until the batter is detached from the sides of the pot.

Take a bundt cake mold and put the batter in it pressing it gently.

Let it cool entirely and turn it upside down to a big platter.

Serve plain or with a scoop of vanilla ice cream. 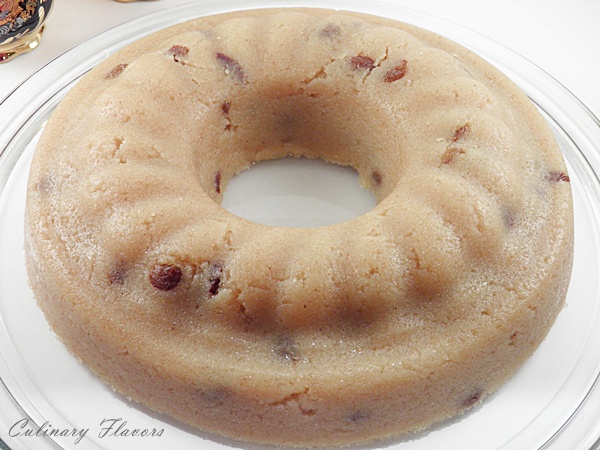