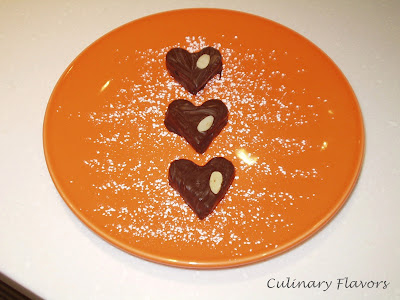 I don’t even dream of pronouncing this. But it is translated as Stuffed Crescents. I’ll stick to the translation which is more familiar to me. Now, I wanted to do something for Joanne’s Regional Recipes  having as a guest country Germany. I knew I had somewhere the recipe of these cookies, so I started searching. I wanted something as original as possible. I knew these cookies were the closest possible to original.
When I was little, I was skinny, very skinny (can you believe it? And now I am on a diet, so as not to gain weight). My mom couldn’t find clothes to fit me, so she started learning to sew. Back in the 70’s here in Greece there was one very popular German magazine called BURDA MODEN from its founder’s name Anne Burda. In that magazine there were models and instructions for anyone who wanted to make his/her own clothes at home. My mother even when I became a teenager kept all these magazines. So, as I was reading through them I saw several Christmas recipes that looked interesting. I was interested in food and recipes that long ago but I hadn’t realized yet. Anyway, I cut the recipes and asked from a friend of mine to translate them.
I kept these recipes all these years hoping that one day I would be able to make something from there. And that day came today. If this isn’t a real German recipe for cookies I don’t know what it is. They are easy to make, but they take a little bit of time. So, if you want to make them, just plan ahead. Actually, I made them in two phases. I made the cookies on Thursday and the chocolate glaze on Friday. I didn’t have crescent moulds, so I used instead hearts that’s why I took the liberty to change the name and make it:

Ingredients
250 gr. margarine (originally the recipe called for butter, but you know me)
2 eggs
Pinch of salt
Rind of one lemon
½ tsp ground cinnamon (recipe called for 1 tsp but even for me who love cinnamon the amount sounded overwhelming, so I cut back to half and I was right I did)
125 gr. caster sugar
1 vanillin, you can use vanilla extract I am sure it won’t make a difference
375 gr. flour
50 gr. cocoa
2 tbsp apricot jam
300 gr. semi sweet chocolate 56% cocoa 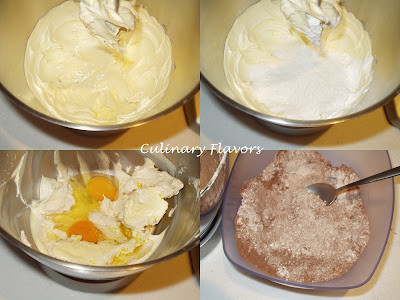 In the mixer bowl mix the margarine, sugar, eggs, salt, lemon rind and vanillin until the batter becomes a fluffy and pale cream. Shift the flour and cocoa together and throw them in the batter whisking in the slow speed of the mixer. When all the flour/cocoa has incorporated, stop the mixer and put the dough in the fridge for 1 hour. 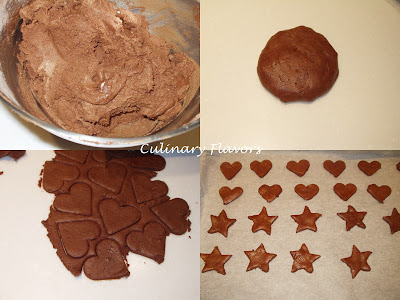 Preheat oven to 160° C.
Take the dough out of the fridge. Divide it to three pieces and with a rolling pin roll each one out to a circle ½ cm. thick. With moulds we cut the dough in crescents as the recipe called. As I told you, I didn’t have crescent moulds, so I used hearts. You continue to cut these shapes until the dough is finished. Make sure in case you use multiple moulds, that from each shape you have exact pairs, since you will join them together with the jam. 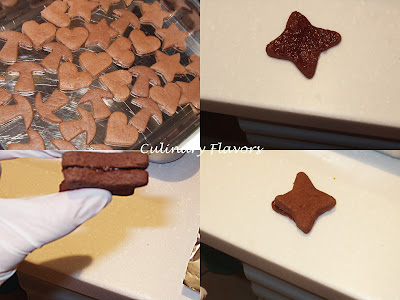 Place a parchment paper on a pan and the cookies on it. Bake for maximum 12 minutes. Take them out of the oven and let them cool.
Scald the two tbsp of jam and brash with it one of each pair. Join them together. 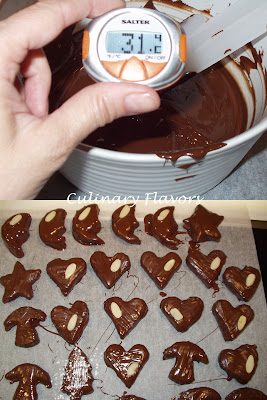 Melt chocolate either in bain-marie or in the microwave. Make sure that chocolate will reach maximum 50° C and then let it reach 31°C. At this point you will start brushing the cookies with the chocolate and decorate them. I put almonds cut lengthwise and caster sugar. You can do whatever your heart desires. Let them cool on a parchment paper and they are ready to be served.
by Katerinain Chocolate, Sweets