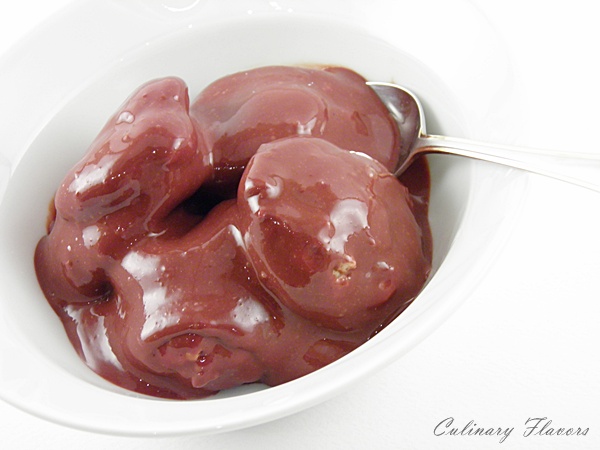 Now, this sweet is totally the opposite from the mug cake. It is not difficult per se, but it requires time. I did it in two phases. First, I prepared the choux dough and second, I made the crème patisserie and the chocolate ganache.

I loved it and so did everyone who tasted it! Profiteroles is one of my top rated sweets. This transition from the chocolate to the cream inside and vice versa, makes it extremely interesting and appealing to me!

This recipe is very straight forward and very accurate. The recipe for the choux pastry and the crème patisserie come from Stelios Parliaros and his Sweet Alchemies. The recipe for the ganache comes from a Greek catering called Sideris. I found this recipe years ago in Hungry.gr. The difference in this ganache is that, it is made with cocoa powder and not chocolate. I think it makes the ganache less intense and thus, you can really taste the crème patisserie inside the choux. Also, this was the first time I used vanilla bean in my cream and I can tell you there was a huge difference. The vanilla bean is quite expensive here, but it is certainly worth every euro I gave.

So, let’s go and make some profiteroles mes amis, d’accord? 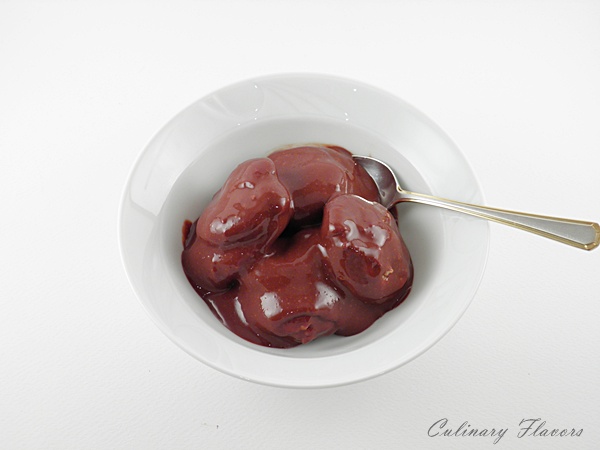 110 gr. Butter (I used margarine, no difference at all) 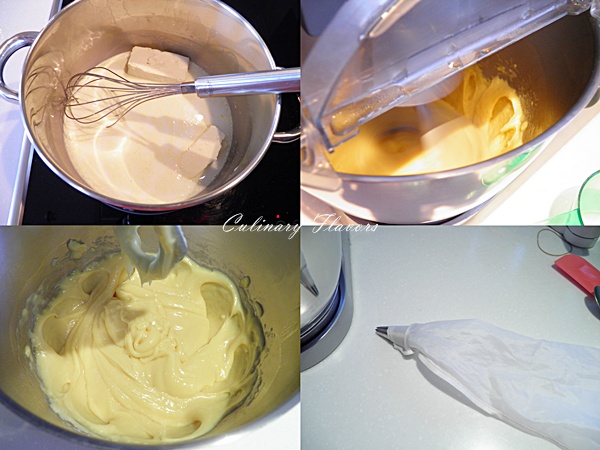 In a pot we put the milk, the water, the butter, salt and sugar. We place the pot in medium/high heat.

When the batter starts to boil, we throw the flour and whisk for about 1 minute. At this point the batter is gathering around the whisker and away from the sides of the pot.

Remove from heat and put it in the mixer.

In low speed and with the paddle, we mix the dough and we add the eggs one by one letting them to be incorporated in the dough.

In a pan we place parchment paper.

With a piping bag we pour the choux dough in the shape of a walnut on the parchment paper. We bake for 20 minutes or until they take a golden color on top. If you have a second batch for baking, make sure you lower the oven to 175° C.

Please do not open the oven while they are baking and use the conventional oven instead of the one with air.

We take them out of the oven and let them dry for a while. If you plan to complete the recipe next day, just put them in a plastic bag and store them in the fridge. Otherwise, you can fill them after an hour.

In a pot, in medium heat, we pour the milk, the heavy cream and the vanilla bean, cut in half.

We mix the sugar, the corn flour and the eggs in a bowl.

Just before the milk/heavy cream batter starts to boil, we throw 1/3 of it in the eggs batter and we whisk. Then we incorporate the two batters in the pot and start whisking.

When the cream starts to thicken, we remove from the fire. We empty it in a glass bowl; we cover with cling film and put it in the fridge.

When we are ready to fill the profiteroles, we remove the vanilla bean, put the cream to the mixer and mix for a minute with the paddle so as to become smooth and fluffy. 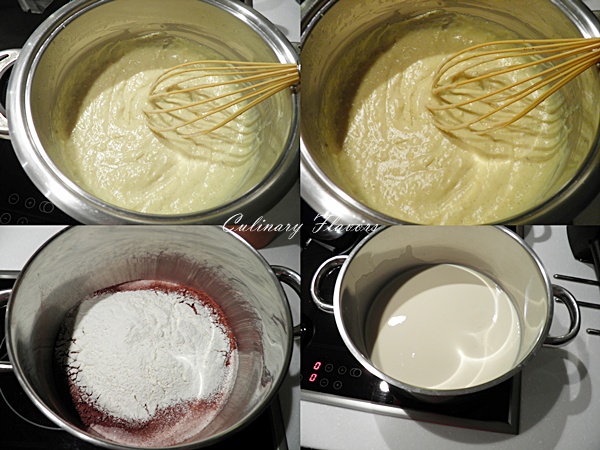 For the Chocolate Ganache

In a pot we pour the milk and let it boil. In another pot we mix all the other ingredients and throw the milk in them. We put the pot on medium heat and let it boil for a minute or two. We remove from fire and let it cool for 10 minutes.

In a big bowl we throw 3 to 4 spoonfuls of the chocolate ganache.

With the piping bag or with a small spoon, we fill the choux with the crème patisserie and place them in one layer in the bowl.

Take them out of the fridge 15 minutes to half an hour before serving. 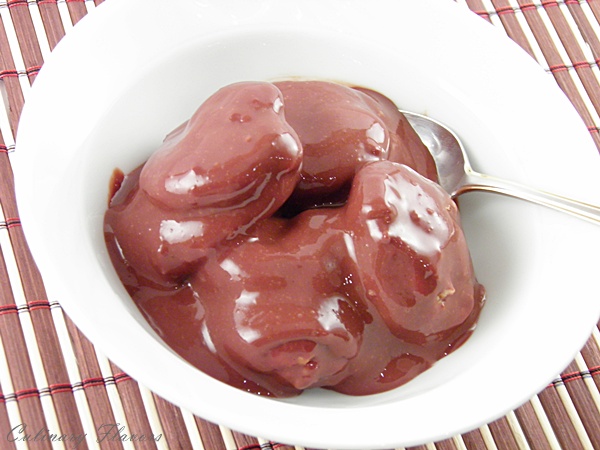